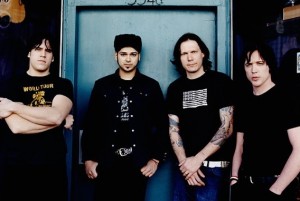 Canada's Billy Talent have completed work on their third album, titled III. The record is expected in July and was recorded by Brendan O'Brien (AC/DC, Stone Temple Pilots). The band has also launched an album site which features recording photos, blogs and videos. The band released their previous record, II, in 2006.

The band will be supporting the record on a forthcoming tour headlined by Rancid and Rise Against.