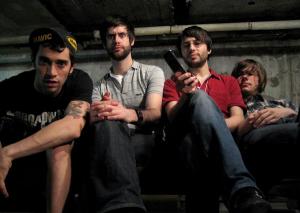 Contributed by inagreendase, Posted by Bryne Yancey 13 years ago

Brooklyn, NY's Young Hearts have posted their new donation-based EP, Nowhere Kids. Two tracks from the EP can be streamed at the band's myspace page, and the entire EP can be downloaded here. Nowhere Kids follows up The Fight, released in 2008.

The band also has a short tour scheduled in June alongside New York City's The Reveling.