by Aubin Paul Decaydance 13 years ago

Like Gerard Way of My Chemical Romance, Fall Out Boy bassist Pete Wentz apparently has the desire to get involved with comic books and will be releasing a new series through Image Comics (Spawn, Youngblood, The Maxx) in the fall, reports MTV.

The story will be called Fall Out Toyworks and will be a five-issue minseries based on a mysterious toymaker, a cyborg named Tiffany and a kid in a bear suit. The first issue is due out September 2, 2009. 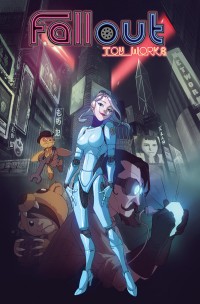 Blink-182 in it for the foreseeable future

Death By Stereo release date moved up a week