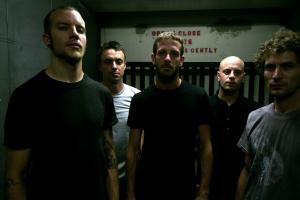 Isis recently wrapped up a Canadian tour in support of their latest album, Wavering Radiant. While on the road, guitarist Mike Gallagher checked in with our own Sarah El-Hamzawi to discuss a variety of topics.

First of all, I want to say that I really enjoy the new record and there continues to be such an interesting progression with Isis. Are you and the band happy with the overall outcome?

Yeah, vey much so. I personally think we have constructed a great record because we didnât have to rush at all when putting the album together, which has happened in the past. We got to take our time, and I think the songs really reflect that. We got to go back and do some tweaking to certain parts of some songs that werenât grabbing us. We also tried a new producer on this album, and he was able to give us a more live sounding record which was something we had wanted. Itâs really representative of how we sound live, and even though itâs impossible to entirely capture that, we were able to come much closer to that than we have in the past.

Most bands tend to say that their newest record is their best to date. That said, is this how you feel about Wavering Radiant? 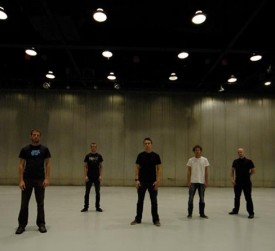 I think every band is going to say that because they have just finished writing it, and have started touring, so it is still really fresh and exciting. Thatâs how we feel about Wavering Radiant right now. Also, you kind of have to say it in terms of talking to the press and promoting itâ¦but all that kind of BS aside, I think that most bands will naturally feel that their current work is the strongest. I guess it is a good test to go back and ask them three years afterwards and see if they feel the same way about what they created. It would be interesting to do a little sub-story on that.

Well, you know what they say about hindsightâ¦

True. Well every record we have done I have been able to find something to improve upon that I never thought of during the time of the release. It makes us better.

Adam Jones contributed musically to a couple tracks. How would you describe his presence on the album?

Well we gave him finished products, so the tracks were basically just added to the way we wanted. He wasnât technically around when we worked on them, but he did write his own parts and we added them in later where we thought they would best fit.

When you first toured with Tool were you nervous about the reception you would get from their fans? Is it hard to open for a band with such devoted fans?

In the preliminary discussions about doing that tour, I felt really hesitant about doing it. I remember when I was a kid going to them, I had this whole impression of huge arena shows. That changed when I heard more about what the guys were like and the way they worked, I learned that we would be treated really well by them. It was not nearly as bad as we thought it would be when it came to a lack of enthusiasm from their fans. It was definitely a pleasant surprise. br/> Your evolving sound is difficult to categorize, yet it seems like people are always attempting to fit you into one specific genre. Is there a certain music genre you most identify with? Or is that something you are not concerned with?

Good and bad is really all there is. I mean, we can all nit-pick at the little genres and sub-genres, or the new catch-phrases of the month, but in the end itâs really only good and badâ¦and I would like to think we fall into the good category. If people want to occupy their time with trying to categorize us though, thatâs fine by me.

A lot of newer progressive metal or ambient bands have been citing you as an influence. Is that something you would take as a compliment?

Yeah, that is definitely flattering. I think if you were to ask any one of us any day of the week, we would never have expected anyone to ever cite us as an influence. It would seem preposterous to us when we were just starting out that anything like that would happen in our future. We always see it as quite a compliment.

People are usually inquisitive about the themes and lyrics of on your albums, however, it seems that you guys have opted out in discussing the meanings of the tracks. Is it important for you to keep your music open to interpretation?

Itâs really important, and that kind of wall that we are putting up is basically done for two reasons. The first one is that when we came out with Panopoticon, after the first round of press it was obvious that everyone kind of got the general idea behind it and it became a little redundant talking about. That made it mean less and less to us because we would have to talk about it so much, and it became frustrating because a lot of people were missing the point of it. It just became less personal for us, and that is why we have backed off talking about the lyrics and meanings behind the tracks of our past two releases. The other reason is because we want to leave it open to interpretation. If someone is really interested, they should sit down and listen to it, look at the artwork, and try and draw their own conclusions. That way people can find a little bit of themselves in our records, and it will become far more meaningful to them rather than us just spoon feeding it to them and telling people what they should be thinking about.

In past interviews you guys have made it clear that success is something subjective. That said, do you think commercial success is in the future for Isis?

It really depends on whether or not the musical control left our hands. We would always have to be in control of the band, both musically and when dealing with our schedules. If commercial success were to come, it would have to be some kind of bizarro scenario where we remained in control (which would likely never happen). It seems that in order to acquire commercial success a lot of bands have to relinquish that. While this does not happen to every band, it does happen the majority of those who reach that level of commercial success, and that is not something we would be willing to do.

Do you think your fans would ever turn on you if you reached that level of mainstream success?

I think it depends on how it happened. When a band reaches that kind of success a lot fans will feel like it isnât theirs anymore because it is being shared with a multitude of people, and it isnât their little secret anymore. I understand that line of thinking, and even though I donât think it is necessarily correct, I can still empathize with it. The other thing is, if you start watering things down or consciously trying to appeal to a mass audience that is where I would be uncomfortable.

Looking at your immediate schedule, you guys are touring in North America until the beginning of June and then heading to Europe. Although you do have a strong fan base here, do you feel like you get a better response in Europe because they do have such a huge metal scene?

Generally I feel like people are a little more open to exploring different kinds of music there. Not to say that this is not the case here, but in Europe itâs like that more so and we find it exciting because we always want to push the envelope on what we do. It just so happens that when we try something new, Europe seems to respond to that better than the States sometimes, although each State will respond differently.

Where do you see the future of the band? What do fans have to look forward to within the next few months?

Itâs hard to say. I hope we just keep doing what we do. I can only really see as far as February right now because we are doing so much touring. After that I think we will definitely need to relax for a little bit before we start another record. That aspect is really important because it gives us a chance to get some new ideas together, regroup, and see where we are at. Weâll just have to see where it goes from there. Weâre hoping to do a split release which we will have more details about later, and we plan on doing another DVD, but that will take some time to put together. There is definitely a lot more to come from us.