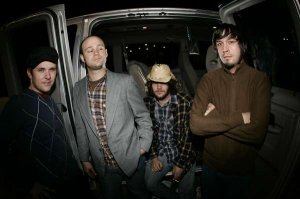 Via an Anonymous Source, Posted by Bryne Yancey Nitro 13 years ago

The Letters Organize have announced a one-off reunion show to take place on August 28 at Drunken Unicorn in Atlanta, GA. The band released Dead Rhythm Machine in 2005 via Nitro Records before calling it a day in 2006.

Members of the band currently play in It's Elephant's, who recently released their sophomore full-length Gets Along via 347A Records.