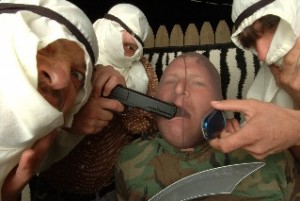 Seattle's storied garage punk act the The Spits have released a new full length via Recess Records and Thriftstore Records. The album is their fourth self-titled release, although it carries the unofficial title of Schools Out. Three songs from the record can be streamed online. You can find "Tonight," "Live in a Van," and "Police" over at MySpace.

The band is touring in suport of the full length. kicking off from their hometown on August 27th and wrapping up on the east coast on mid-September.