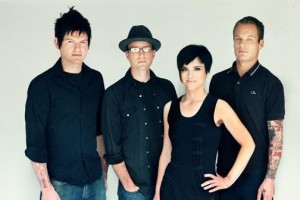 Contributed by mikeva, Posted by Adam White Tours 12 years ago

San Francisco's The Action Design have announced shows in September and October. The band will play a handful of dates with The Aquabats before embarking on a US tour with Sick of Sarah and Donora.

The band, which features former members of Tsunami Bomb and Pipedown, last released Never Say in 2008 on PopSmear.