by Aubin Paul Sanctuary 13 years ago

Morrissey has announced a new b-sides compilation for release later this year. The record is titled Swords and is due out November 3, 2009 in the US and October 26, 2009 in Europe. The record compiles 18 songs released as b-sides from 13 singles from his last four albums.

The album was compiled by Morrissey and features collaborations with guitarists Alain Whyte, Boz Boorer and Jesse Tobias, and former keyboardist Michael Farrell. 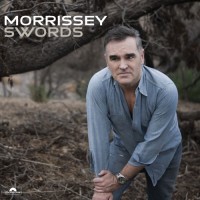 Anti-Flag has to cancel show in Pittsburgh, invite fans to protest G-20 Summit

Videos: Hellogoodbye: "When We First Met"