The Riot Before release acoustic EP for free download 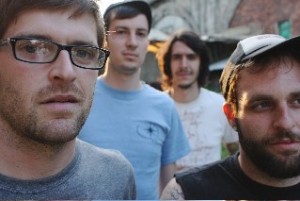 Contributed by vinhoff, Posted by Bryne Yancey Paper and Plastick 12 years ago

As their first order of business as part of the Paper and Plastick family, Richmond's The Riot Before have posted an acoustic EP for free download. Fists… Out of Sockets contains seven reworked acoustic versions of songs initially found on the band's critically and community lauded 2008 full-length, Fists Buried in Pockets. Check it out here.

The band hopes to have a new full-length out in 2010. In the meantime, they'll be appearing at The Fest 8 in Gainesville, FL in a few short weeks, as well as likely consuming a large amount of burritos.

Videos: Tim Barry: "Thing of the Past"