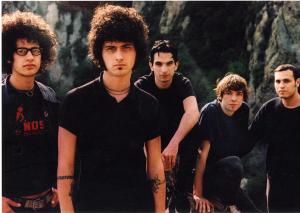 by Aubin Paul Fearless 13 years ago

Filmmakers unartig have put together a huge At the Drive-In retrospective. The feature include six (mostly) full length shows from the years 1999 to 2001, including the band's second to last show ever. The retrospective was approved by the band members and this previously unreleased footage is presented in its closest to original formats transferred directly from the filmmaker's master tapes.