Jaguar Love: “Up All Night” 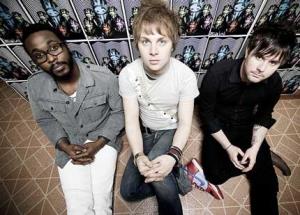 Portland, OR outfit Jaguar Love have posted a new song. "Up All Night" comes from the band's upcoming record for Fat Possum, expected out early next year. Once out, it'll follow up Take Me to the Sea, released in 2008 via Matador. The band features Johnny Whitney and Cody Votolato, formerly of The Blood Brothers.

The song can be heard at the band's MySpace page.