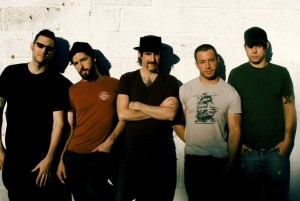 Dillinger Escape Plan have set an official title and release date for their upcoming album, Option Paralysis. Due out March 23, 2010, the album will be the first on the band's own Party Smasher imprint and distributed through Season of Mist.

the arrangement was first announced in May and represents the completion of the band's ten-year relationship with Relapse Records. You can catch the band on a December 2009 tour with Thursday and Fake Problems.