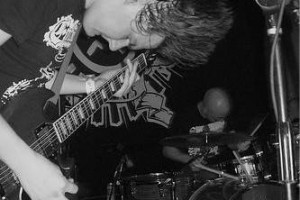 by Aubin Paul Relapse 11 years ago

Mammoth Grinder will be releasing their 2009 album, Extinction of Humanity via Relapse Records on December 10, 2009. The hardcore/metal band previously released the album on vinyl via Cyclopean Records and on cassette via Ghosthunt Records. The band also released the No Results [7 inch] this year.

Check out two songs from the album, "Total Extinction" and "Devoured By Fear," on their MySpace page.