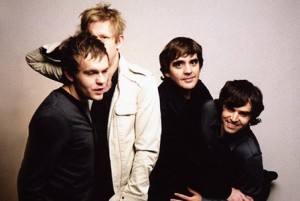 Contributed by inagreendase, Posted by Aubin Paul Merge 13 years ago

With their new album set for release on January 19, 2010, Spoon have begun announcing dates for an expected extensive world tour in support. The record will be issued on Merge Records in the United States/Canada and Anti- Records in Europe on January 18, 2010.

At present, Spoon's sole confirmed Stateside headline appearance is a one-off New Years Eve extravaganza at the Riverside Theater in Milwaukee with Jay Reatard supporting. Produced by the band, Transference will be preceded by first single "Written In Reverse," which will be released digitally December 1. A seven-inch vinyl release will follow January 5 featuring the exclusive B-side "Mean Red Spider," which will not be available digitally.

Fast Fingers Contest: Win tickets and more from This Is Hell