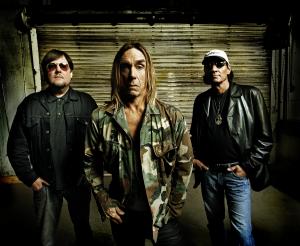 The line up for the 2010 New York edition of the All Tomorrow's Parties festival, dubbed "Don't Look Back," is starting to come together. The event will feature punk godfathers Iggy and The Stooges performing their landmark 1973 full length Raw Power in its entirety. Also comfirmed are appearances from 90s stoner metal band Sleep performing Sleep's Holy Mountain, Mudhoney playing Superfuzz Bigmuff along with other early singles, and the first US show from Perth, Australia's The Scientists. The post-punk band will be playing their 1983 record Blood Red River.

The show will take place on Friday, September 3rd 2010 at Kutshers Country Club in Monticello, NY. The event will also feature DJs, a comedy stage and a film presentation from Criterion.