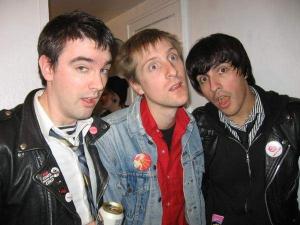 Via an Anonymous Source, Posted by Adam White BYO 12 years ago

Portland, Oregon's Clorox Girls have announced a show in Los Angeles next February. The gig is the band's first in nearly two years. The band has been confirmed for February 13th at the Five Stars Bar in LA. There's no word yet if further performances are planned but the band plans to announce further details on the show soon via MySpace.

Clorox Girls last released J'aime Les Filles in 2007 via BYO Records. In their show announcement the band commented "There's also a rumour going around that we're going to be recording a new LP… there could be some truth to that."