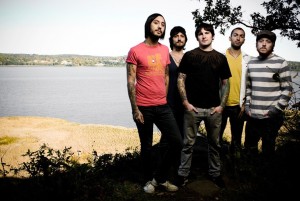 Bergen County, NJ's The Number Twelve Looks Like You have called it quits. Lead guitarist Alex Pareja cited "many ongoing issues and the slow deteriorating of the band" as the reasons for the breakup:

The band was never rich/famous and that was not the goal. We desired to play music we genuinely enjoyed creating while being able to support our own accumulating responsibilities. Unfortunately these personal commitments have overpowered anything we can achieve which is typical of the way this society is structured. It is virtually impossible for the arts and music to thrive in a society that does not support it. You either get duped into playing along or fight the uphill battle to something better.

Stooges added to Rock and Roll Hall of Fame