Murder City Devils to play New York and Philadelphia in 2010 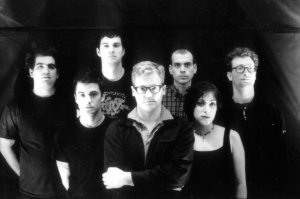 Via an Anonymous Source, Posted by Adam White Sub Pop 12 years ago

Murder City Devils has announced a pair of shows on the US east coast in the winter of 2010. The band will perform at Philadelphia's Theater of Living Arts on February 12th and New York's Nokia Theatre on the 13th. This will mark the influential group's first trip to the area since 2001.

Sub Pop Records reissued the band's entire back catalogue on vinyl earlier this year. As previously announced on December 30th the band will play in Seattle at the Market with Past Lives and Cold Lake. On the 31st they'll be in Portland for a show with Jello Biafra and the Guantanamo School of Medicine at the Roseland Theatre.