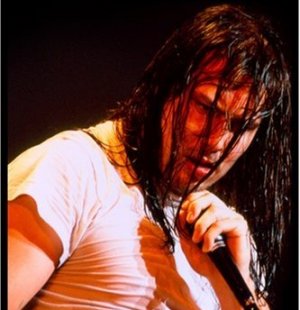 by Jesse Raub 13 years ago

Andrew W.K., known partier and piano improviser, has recently given in depth interviews to both Something Awful and Rock Sound concerning his mistaken case of mistaken identity. On the case of who he really is, W.K. noted this to Something Awful:

I don't feel tired out by the question, because people clearly still have been wondering about it, and it's my responsibility in that regard to assure people that I am who I am. It just feels odd to me, though, to have it still be in question, because I don't see who else, really, I could be. I don't see how it's possible for anyone else to be me, so it becomes a very personally confusing and, at times, emotionally distressing situation. In general, it's very hard for me to comment except to say that I am Andrew W.K.

As to how the accusations are affecting him, he said this to Rock Sound:

I think that the perception of these accusations kicking in now is just a perception to the press. To me, these ideas have been going on for a long time so this is really nothing new. In a way that's good because it's not so stressful now and it was a lot more stressful for me at the beginning of my career. These things would appear or people would come up with ideas to more extreme conclusions. It was really upsetting because I didn't feel I could do anything about it, but now I've grown to just be able to work around it or with it and it's not so upsetting anymore.

You can read the full text of the Something Awful interview here, and the interview with Rock Sound will be available later today from their website.