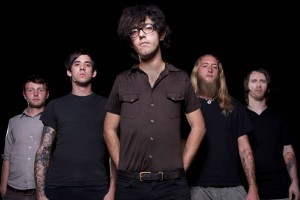 by Bryne Yancey Rise 11 years ago

The Bled have posted two new songs from their upcoming full-length and debut for Rise Records, Heat Fetish. The album is slated for a March 2, 2010 release, the first since the band released Silent Treatment in 2007. Check out the cover art over at its release page and head to the band's MySpace page to hear "Smoke Breaks" and "Mouthbreather."

Beginning tomorrow, the band will be doing a string of tour dates alongside Four Year Strong, This Time Next Year and Title Fight.