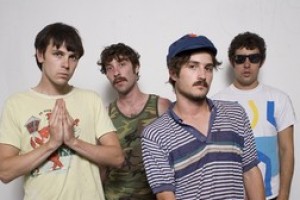 The Black Lips kick off their first tour of 2010 on January 20th in Costa Mesa, California. After a week of shows they'll return to the road in mid March in Charlotte, North Carolina. That tour, which features Nebraska's Box Elders, will wrap up in Athens, GA on April 10th.

The band released the full length 200 Million Thousand in 2009.