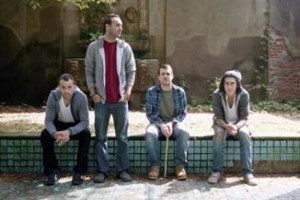 "We're working it out, there is a lot of talk about it at the moment about what we do in future with regards to putting out records and whether we stay on our label and we're in limbo right now trying to work it all out. We're talking about recording another album but we don't know whether it's going to come out on a label or whether we just release songs in batches. Everything is up in the air at the moment but we're not just going to be slacking and hanging out, we will start working pretty soon. … " I don't know if there's a point to releasing records if they're not physical releases, if we 'e going to release a lot of things digitally then I don't see why we couldn't release a song a week or a song a month or just put out what we like from whenever we record. I think that might work out but we'll see what happens."

Check out the full interview here. The band released Daisy in 2009.

The New Pornographers to release "Together" on May 4th