The Sainte Catherines to record new LP in 2010 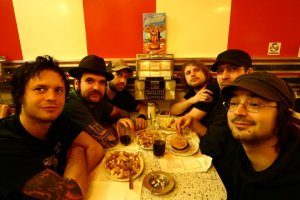 QuÃ©bÃ©cois punks The Sainte Catherines have announced that they'll be recording a new album this year. The band, who already have a ten song demo completed, is currently in the midst of writing another ten songs before hitting the studio for real.

Once released, the album will be the band's first since 2006's Dancing for Decadence. In the meantime, members of the group performed in Yesterday's Ring, whose Suburban Home Records debut Diamonds in the Ditch was released last year.