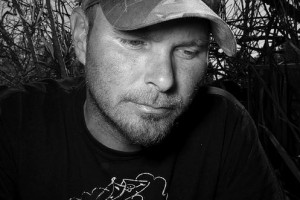 Via an Anonymous Source, Posted by Bryne Yancey Suburban Home 13 years ago

In a recent interview with ThePunkSite.com, Tim Barry explained how he recently broke his hand in an altercation with a heckler:

"I was standing on stage and I was saying that I wrote this song ("Wait at Milano") with my buddy Travis in mind because he is chronically depressed and I wrote it for him before he passed away and never told him it was about him. And I was quickly explaining that this song is about now and living lightly and more kindly in ways that perpetuate good so that there are things left for the people coming after us and as I'm trying to explain this the fucking guy just keeps heckling me brutally, so I invite him onstage. I said no one can hear you so I gave him a microphone. So I said now that you have had your say I'm going to explain to you again what this song is about. So I repeated my words "My best friend Travis killed himself" and he replied "well he doesn't sound like much of a friend" and I just beat the living shit out of him on stage. And I am not at all proud of that because I tried deeply not to be the person I used to be because I used to fight a lot. It's not healthy. I just snapped you know. I still don't know what he meant. But he certainly couldn't envision what was going through my head when he said that."

Barry will soon tour the southeast and Texas with Ninja Gun before heading to Australia for the Revival Tour. He also recently gave an in-depth interview with Richmond's Style Weekly.