The HollowPoints unveil two songs from 'Old Haunts On The Horizon' 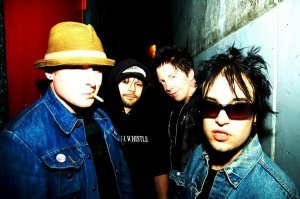 Via an Anonymous Source, Posted by Adam White Sailor's Grave 11 years ago

Seattle's The HollowPoints have unveiled music from their Sailor's Grave Records debut Old Haunts On The Horizon. The record, which arrives on May 11th, will feature twelve songs including "God Save Anna Nicole" and "Falling Up Stairs," both of which are available as free downloads.

The band is planning a supporting tour in the spring, with details to be announced soon.