No Friends complete new 12" for Kiss of Death 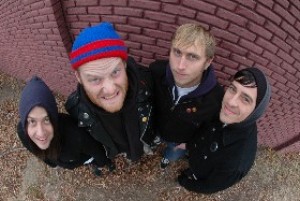 by Bryne Yancey Kiss of Death 12 years ago

Hardcore supergroup of sorts No Friends will soon be releasing a new LP through Kiss of Death. Traditional Features will be an eight-minute, one-sided, 45 RPM 12" record and it's expected out in time for the band's upcoming tour, which is still in the planning stages; one show already confirmed for the jaunt is at The Bike Lot in Richmond, VA on April 10 alongside Cloak/Dagger, Deep Sleep and Freeman.