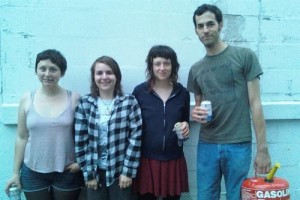 Contributed by k-dubs, Posted by Adam White Tours 10 years ago

Birmingham, AL's P.S. Eliot and Richmond, VA's The Two Funerals have kicked off a week long tour that will take the bands through Washington DC, Brooklyn, Boston, Philadelphia and Columbus.

The Two Funerals are supporting their self-titled 7" released in 2008 on the Cottage Records. P.S. Eliot's new 7" Living In Squalor, released on Freedom School Records, will be available at the shows.