Saves the Day added to Bamboozle 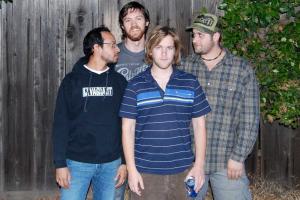 Contributed by headphonesbroke, Posted by Bryne Yancey Vagrant 13 years ago

Saves The Day have been added to this year's Bamboozle festival in New Jersey. The band will perform on Saturday, May 1 alongside acts such as Paramore, Angels and Airwaves, Escape the Fate, Protest the Hero, Four Year Strong and a slew of others.

The band last released Under the Boards in 2007 and continues to work on its follow-up (and final chapter in a trilogy that began in 2006 with Sound the Alarm), Daybreak.