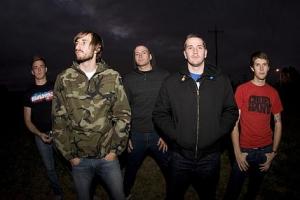 Contributed by nekel, Posted by Aubin Paul 6131 11 years ago

Australian hardcore act Miles Away are currently in New York City recording their new album to be titled Endless Roads. The band is working with producer Dean Baltulonis (Sick Of It All, American Nightmare, No Warning, Modern Life is War) at The Wild Arctic Recording Studio. The record is the first new album from the band since 2007's Rewind, Repeat… released through 6131 Records. Prior to the release, the band is promising a self-released 7″ which will include two songs from the album and "a couple unreleased jams."

The new album is set to be released July or August through Resist Records in Australia and Anchors Aweigh Records in Europe.

Music: LCD Soundsystem: "This Is Happening"