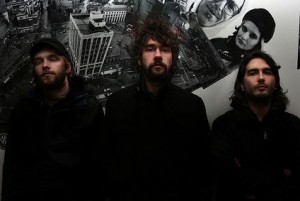 by Bryne Yancey The Mylene Sheath 12 years ago

Constants have titled their upcoming full-length. If Tomorrow The War is slated for release later this year via The Mylene Sheath. Two songs from the release, "Your Daughter's Eyes" and "The Sun, The Earth," can be heard at the band's website.

The band has also unveiled a cover of the Type O Negative track "Love You to Death" at their MySpace page.

Dave Hause (The Loved Ones) to release solo 7"