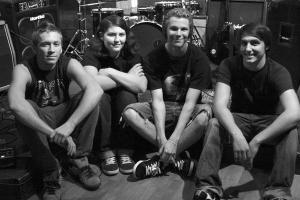 Staying prolific, Traffic Street Records has sent in another update detailing two upcoming releases. First is the debut full-length from Allston, MA's The Credentials. The band, which notably features ex-Witches with Dicks bassist Tom Donington, self-released the album on LP two months ago and now Traffic Street is handling the CD release.

Secondly, the label will be co-releasing a split 7" from Rational Anthem and Billy Raygun with John Wilkes Booth Records. It's slated for a June 9 release.

Songs from both releases can be heard at the label's website.