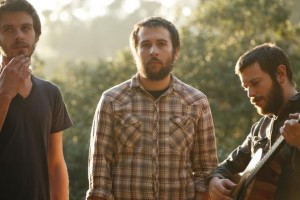 Tomorrow, Good Old War will kick off a headlining tour in support of their upcoming self-titled sophomore full length. Due out June 1, 2010, the record is the follow up to Only Way to Be Alone which was released in 2008. The run will feature support from Yukon Blonde and Audra Mae. The band has also announced that they will be performing live on UStream every week up to the album release. There will be a performance tonight at 7pm and then each subsequent Monday until the 1st. The band's first live Ustream event, which took place on May 11th, attracted more than 20,000 viewers and resulted in more than a thousand Facebook and Ustream comments.

Videos: Those Who Lie Beneath: "Awaken"