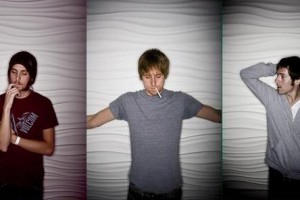 by Brian Shultz Break-ups 11 years ago

Indie pop/rock act Lydia will be calling it a day. Upon releasing their sophomore full-length in July, the band will hit the road on a final U.S. tour. Frontman Leighton Antelman recently made the following statement:

"I am anxious to say this, in that I do not like disappointing anyone. But I do need to get this off my chest. The new music that is set to come out this July 2010, under the name Lydia, is going to be the last recordings ever put out by the band. We are very grateful to have been able to put out as much music as we have and to reach so many people. I assure you this is not something I've decided over a few months, but more so in the past year. This has been something I've been thinking about for quite some time now and it's just the right place and time for me to move on to other things and projects. I know Steve and myself have really enjoyed performing for all the people that have come out to a show over the last several years. And I can't even begin to explain all the amazing people I've met while being a gypsy traveling around the country, unbelievable.

This decision has nothing at ALL to do with a lack of output from the band. I can honestly say the new Lydia material coming out in July is the best music I've ever had the opportunity and privilege to release. This release IS the best music the band has or will ever put out.

One last thing. Lydia has amazing fans. I can't even begin to count how many times I've seen Lydia artwork and lyrics tattooed all over you guys. So I thought it would only be right to do one last goodbye/farewell tour along with the new music coming out. For how much you ladies and gent's have and will support us it's really the only thing to do. It will be a FULL US tour, and if it doesn't come to your city it will surely come to a city near by. The dates will start this summer on JULY 20th and go into late August. The exact dates will be up in the coming weeks.

So we will see you ONE last time with new music in both our hands. The very last Lydia music being released will come to you in early JULY, and the very last tour will be at your door step in JULY/AUG. I can't even explain how much fun I've had while performing in all of your cities. And calling YOUR city home for the night. I am grateful to have met every one of you wonderful people. You truly have affected my life in ways you will never know."

To that end, the band has also posted a song from the record on their MySpace page titled "We Clean Up So Well." The band last released …Illuminate in 2008.

Tours: Minus the Bear