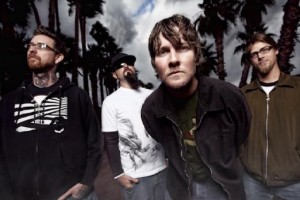 Today we've got an exclusive new song from Authority Zero and a quick Q&A about the record. The Mesa, AZ-based band recently became the first act signed to Viking Funeral, the new label formed by Fletcher Dragge of Pennywise and distributed through Suburban Noize Records. The band will be releasing their fourth album through the label on May 25, 2010.

Click Read More for a quick Q&A and you can find the stream on their Punknews.org Profile.

1. This is your fourth album, and your first on a new label owned by Fletcher from Pennywise. What can people expect from this new one?

Jason: An eclectic mix. A lot of intensity, honesty, and heart. We put a lot into this one and it's been a long time coming. 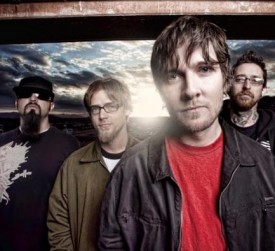 2. How did the relationship with Viking Funeral happen and how has it been so far?

Jason: When we started nearing the end of our recording session Ken from Hardline approached us and presented the idea. We thought it sounded like a great one for obvious reasons. Fletcher from PW was going to be a part of it as well as Kevin Zinger at Subnoize. Pennywise has been a long standing bad that we've not only grown up listening to and respecting, but have also befriended. It's a great feeling to know you'll be working side by side with people like that and that the choices made will be aimed in favor of the band. Not only that but to feel that you're pioneering something that could be a great part of the history of the label. The label was developed with the ideals and ethic of the old shoolers (Epitaph, Theologian, FatWreck etc.). Labels we all looked up to growing up. Nice to know we may be a part of the development of the next one.

3. You've got a semi-new lineup for the record, with a new guitarist and the return of a longtime bassist. How has that impacted the band?

Jason: It's impacted it in a very positive way. It's been an interesting past few years for us with people coming and going. It's nice to have seen a lot of that bring the band almost full circle. We're back to being a more solid core and it feels great. Missed my old buddy Jeremy, and his unique bass playing that has always been a big part of our sound. Was very hard to see Bill (guitarist) go after all these years, but our new guitarist Zach V is an amazing talent and brings a lot of new life and playing skill to the band.

4. Arizona has become known for some controversial decisions lately, and as a band that seems to consciously incorporate a lot of different influences and international sounds, how do you feel about that?

Jason: It's fucked. It's an interesting time here in Arizona right now and pretty scary one to be quite honest. The 1070 law has brought a lot of turmoil to my home state. I don't agree with it personally nor that is it the appropriate answer for our states issues. It's unfortunate to see it take such a drastic turn in order to find a solution for the given problems our state has. One thing I do feel is unfortunate is to see the many bands boycotting Arizona at a time when the kids and fans need to hear them express their ideals and concerns most. It's a weird time right now and i just hope there can be some positive resolve in the end.

5. What plans do you guys have for the coming year and after the release?

Jason: Tour tour tour man. We'll be circling the U.S. a few times over and then heading off the Europe, Japan, and Australia. We've also had talk of doing another Rhythm and Booze live acoustic album, but have yet to hash that out. Other than that start writing and demoing for the next record.