Fat Wreck Chords has revealed the full details for the upcoming "EP" teased by Fat Mike's Twitter. According to the report, the disc will feature 30 songs from 1987 to 2009, plus rarities, out of print stuff and previously unreleased outtakes. The disc contains many of the band's EPs and singles including The Longest Line, Never Trust a Hippy and more. It looks like the album will be sequel to the band's previous singles compilation, 45 or 46 Songs That Weren't Good Enough To Go On Our Other Records from 2002. 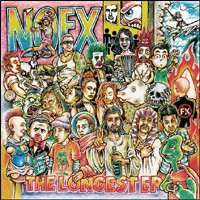 Music: Stream Real McKenzies, Danzig, Pierce the Veil, You Me At Six