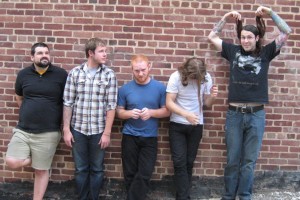 Ruiner have announced October 5 and 9 as dates for the band's final shows. Killing the Dream will be joining them on the October 9 gig in Baltimore, MD. Other details are still being worked out, but we'll keep you posted.

The band, who announced their breakup last month, will say a long goodbye to each other in the form of a month-long European tour alongside Carpathian, as well as a set at This is Hardcore in Philadelphia on August 15.