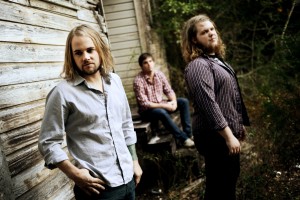 City of Ships are in the midst of a lengthy tour, with select dates also featuring Rosetta, Battlefields, Constants and Mose Giganticus.

The band recently recorded three new tracks in Gainesville, FL with producer/engineer Ryan Williams; the new jams include two originals and a cover of M83's "Don't Save Us From The Flames." The songs are expected to see the light of day in August via Sound Study Recordings, following up 2009's Look What God Did to Us.