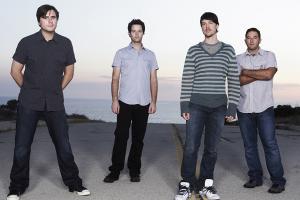 Jimmy Eat World have announced an initial run of headlining dates in support of their new album, Invented. Civil Twilight will be opening for the group on the tour's first two stops, and We Were Promised Jetpacks will join the band beginning in Los Angeles and continuing through the end of the tour.

Invented was produced by Mark Trombino, who previously worked with Jimmy Eat World on 1996's Static Prevails, as well as 1999 fan-favorite Clarity and the band's 2001 breakthrough, Bleed American. It's slated for a September 28, 2010 release via DGC/Interscope.