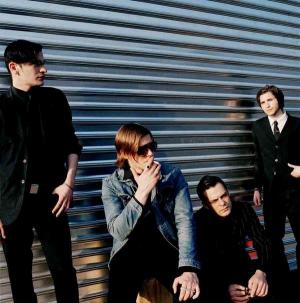 Interpol has announced a ran of tour dates in later October and early November. The band is supporting their next album. The self-titled effort is slated for a September 14, 2010 release, following up 2007's Our Love to Admire. The record is due out on indie Matador Records after a a stint with Capitol Records for their first two full-lengths, 2002's Turn on the Bright Lights and 2004's Antics.