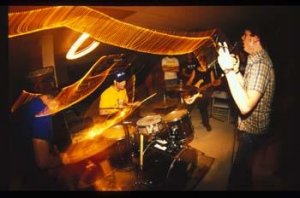 Via an Anonymous Source, Posted by Bryne Yancey No Idea 11 years ago

Amherst, MA DIY hardcore outfit Ampere have completed work on a full-length for No Idea Records. According to the group, it's comprised of fifteen tracks and is "several years in the making." The band hopes to have it out by the end of 2010, and we'll keep you posted on any future developments.

Ampere notably released a split 6" with Ringers in 2007 as well as All Our Tomorrows End Today way back in 2004.