Sick of It All: “Take the Night Off” 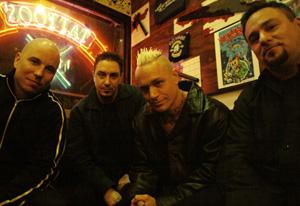 Fuel TV show The Daily Habit recently featured New York hardcore veterans Sick Of It All. You can check out a video of the long running band performing the song "Take The Night Off" below. The band also recently show a video for the song "Death or Jail" with directors Ian McFarland and Mike Pecci.

The band is currently supporting their new album Based on a True Story, the follow up to 2006's Death to Tyrants. The album was recorded at Antfarm Studios in Ãrhus, Denmark with Danish producer Tue Madsen and features artwork by Ernie Parada.