The Casualties to support GWAR this fall 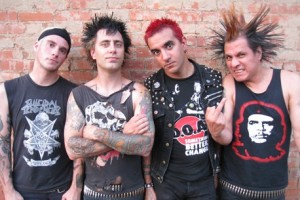 Contributed by ZachLeg, Posted by Adam White 11 years ago

The Casualties have announced a tour of the US and Canada opening for the monster metal spectacle GWAR. The tour kicks off on October 2nd at the Sonar in Baltimore and will wrap up at the House Of Blues in Houston on November 5th. The following day the street punk act will participate in Austin's Fun Fun Fun Fest.

The Casualties last released We Are All We Have in 2009. Punknews recently chatted with GWAR frontcreature Oderus Urungus.