All ten albums have been re-mastered from the original analog flat master tapes and were pressed on the highest quality, 180-gram audiophile vinyl at RTI. Lacquers were cut and re-cut several times to ensure the highest sound quality. The individual vinyl discs will come in a standard, clear inner sleeve to preserve the vinyl, are then housed in high-quality litho-wrapped jackets, and then boxed in a hardcover slipcase. Additionally, reproductions of the original LP inner sleeve artwork were converted to 12X12 inserts.

Currently, Slayer is co-headlining the first leg of the American Carnage Tour with Megadeth that kicked off August 11 and goes through September 4. 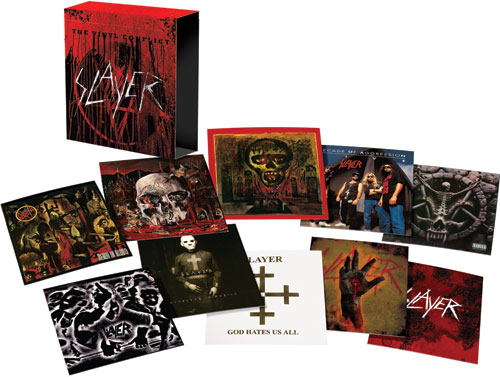