Maserati details 'Pyramid of the Sun'

Athens, GA's Maserati have announced details regarding their next full-length. The record is titled Pyramid of the Sun and it's due out November 9, 2010 via Temporary Residence, following up the companion Pyramid of the Moon 12" that'll be released on October 12, 2010. The album is the band's last recording with late drummer Jerry Fuchs, who unexpectedly passed away last year. 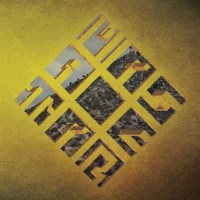