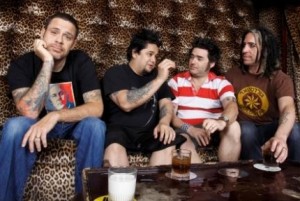 NOFX have announced plans for a tour in early 2011 alongside Bouncing Souls, Cobra Skulls and Old Man Markley. The jaunt will include dates in Texas and the southeast.

NOFX continues to support 2009's Coaster, while Cobra Skulls last released American Rubicon in 2009 but have been working on a new EP for Fat Wreck Chords that could very well be out by the time this tour is happening. The Bouncing Souls will be supporting 2010's Ghosts on the Boardwalk.