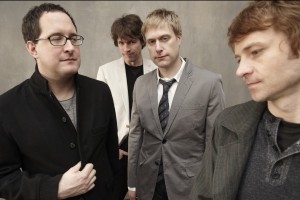 The Hold Steady have announced another run of fall dates that will kick off immediately after their previously announced tour alongside Wintersleep ends. The tour runs from October 8 to November 22 and will see the band play shows in the northeast, eastern and Atlantic Canada, the west coast and midwest.

The band continues to support their latest full-length Heaven Is Whenever.