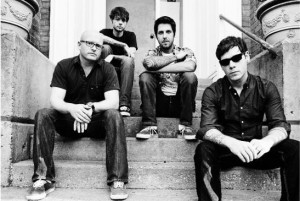 by Bryne Yancey No Sleep Streams 12 years ago

Our stream today comes from Louisville, KY-based Frontier(s). The band is the new project from former Elliott/Falling Forward vocalist Chris Higdon. We've got a stream of the group's new 7", The Plains.

You can check it out on their Punknews.org page.

The Plains was released as a precursor to the band's new full-length There Will Be No Miracles Here, co-released last month via Arena Rock Recording co. (CD) and No Sleep Records (LP).