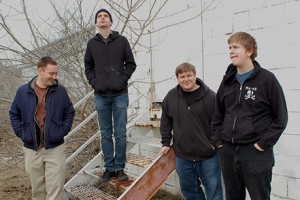 Via an Anonymous Source, Posted by Bryne Yancey Fat Wreck Chords 12 years ago

Banner Pilot have posted a stream of their newly re-mastered debut full-length, Resignation Day. Head to their Bandcamp page to listen.

Originally released in 2008 via Go-Kart Records, the Fat Wreck reissue is completely remastered and boasts two bonus tracks as well as new artwork. We first told you about it back in July.

Ever the busy bees, Banner Pilot recently begun work on their next full-length and follow up to 2009's Collapser.