Via an Anonymous Source, Posted by Aubin Paul Epitaph 11 years ago

Epitaph Records has revealed the track listing for their upcoming soundtrack to Jackass 3D. First announced earlier this month, the 13 song soundtrack is due out October 25, 2010 and will feature just one Epitaph act (Weezer) but include a variety of music from bands like Gang Green, Cock Sparrer, Smut Peddlers and Karen O. of Yeah Yeah Yeahs and the soundtrack of Where the Wild Things Are. 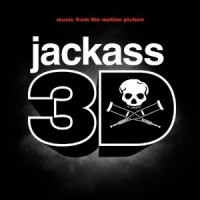 Rise Against (with Zoli Teglas): "Swing Life Away"