Hour of the Wolf to release 'Decompositions Vol. 1' 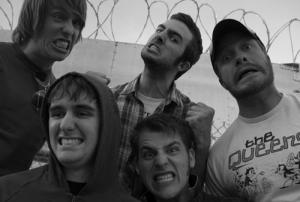 Hour of the Wolf have announced plans to reissue their discography through Think Fast! Records in the form of two collections. The first volume, Decompositions Vol. 1, is due out on November 9, 2010 and will feature the band's 2006 EP Power of the Wolf, one new song and a selection of unidentified covers. It'll be the first time any of these songs have been released on vinyl. More information is available here.

The band will be part of the first five dates of the Think Fast! Records and Think Fast! Booking showcase tour, beginning in late October.

Antillectual: "Some of my Best Friends are Meat Eaters"

Circa Survive stops by Daytrotter